The Business Case for Fraud 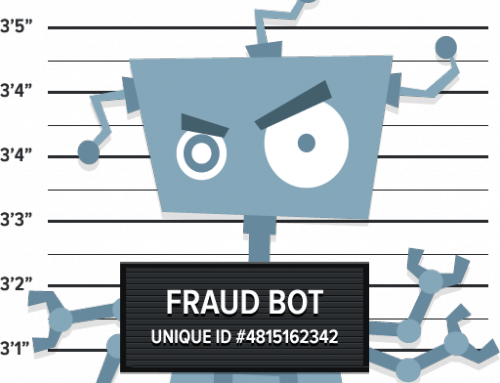 If you’ve ever been to a casino, you’ve probably fantasized about figuring out how to beat the system – some trick, some cheat, some glitch to turn the games in your favor.

Many have imagined that, some have even tried, but almost no one succeeds. For the overwhelming majority, there are well-established laws, regulations and procedures that make cheating impossible and even criminal. And since a casino is in a physical building you’d need to escape, even if you successfully cheated, you’d get caught before you got to the door.

Think of the Internet as a giant casino – one that’s everywhere, so there’s no one guarding the door or watching you through cameras. Once you find a way to cheat a system, you make it work anywhere, anytime and without needing to run away from the police. All it would take is a few well-placed clicks.

The easiest thing to click on the Internet is an ad. Ads are everywhere, funding the sites that show them while promoting products and services around the world. The system is simple – a site shows an ad, you click on it and the site gets paid for sending the advertiser a new lead.

This simple set up is where the problems begin and where the causes of fraud lie. In order to get more money, many sites plaster ads all over the place, burying their content within them or having them load so you accidentally click on an ad instead of the link you intended. Some sites even buy traffic to visit their sites (thereby tricking Alexa ratings) and click on the ads to generate even more revenue. Since non-human traffic is cheap, they can pay for the clicks, deduct the price from what they get paid for the ads and still make a tidy profit.

And they can do this on thousands or millions of sites everywhere, every day, without getting caught.

It’s become more and more profitable to buy non-human traffic, especially since now those bots have been programmed to fill out contact forms to get affiliate compensation based on the URL of the website displaying the advertisement. Those leads are more valuable than just a click, so advertisers pay more for them. Criminals know they aren’t being watched, so they’re cheating the system and laughing all the way to the bank.

Bots are automated programs that can be designed to make fraud very easy and quite lucrative. Autonomous bots fill out forms all on their own – targeting specific sites to click, fill out forms and submit them while cashing in the credits.

The criminals are clever about it, too. Since these programs only need to be built once, they can be redirected to a different site next time. If you find that all your bad leads are coming from one source, they can just create a new site that works exactly the same. Criminals make millions doing this, and as long as they’re profiting, they’ll keep right on doing it.

Make no mistake, affiliate links can make your lead generation better, faster and stronger, but you need to be careful and protect your leads from these bots before they just cause you headaches and TCPA fines.

In our next post, we’ll take a close look at the ecosystem bots exist in and then, after that, what kinds of bots commit this kind of fraud. If you’re going to fight fraud, you need to understand it. And we can help you do both.

As always, please post any questions you have here or write us and we’ll address your concerns personally.

This website uses cookies to improve your experience while you navigate through the website. Out of these cookies, the cookies that are categorized as necessary are stored on your browser as they are essential for the working of basic functionalities of the website. We also use third-party cookies that help us analyze and understand how you use this website. These cookies will be stored in your browser only with your consent. You also have the option to opt-out of these cookies. But opting out of some of these cookies may have an effect on your browsing experience.
Necessary Always Enabled
Necessary cookies are absolutely essential for the website to function properly. This category only includes cookies that ensures basic functionalities and security features of the website. These cookies do not store any personal information.
Non-necessary
Any cookies that may not be particularly necessary for the website to function and is used specifically to collect user personal data via analytics, ads, other embedded contents are termed as non-necessary cookies. It is mandatory to procure user consent prior to running these cookies on your website.
SAVE & ACCEPT